Deep graph learning (DGL) has achieved remarkable progress in both business and scientific areas ranging from finance and e-commerce, to drug and advanced material discovery. Despite the progress, how to ensure various DGL algorithms behave in a socially responsible manner and meet regulatory compliance requirements becomes an emerging problem, especially in risk-sensitive domains. Trustworthy graph learning (TwGL) aims to solve the above problems from a technical viewpoint. In contrast to conventional graph learning which mainly cares about model performance, TwGL considers various reliability and safety aspects of DGL, including but not limited to adversarial robustness, explainability, and privacy protection.

Whilst several previous tutorials have been made for the introduction of DGL in KDD, seldom is there a special focus on its safety aspects, including reliability, explainability, and privacy protection capability. This tutorial mainly covers the key achievements of trustworthy graph learning in recent years. Specifically, we will discuss three essential topics, that is, the reliability of DGL against inherent noise, distribution shift and adversarial attack, explainability methods, and privacy protection for DGL. Meanwhile, we will introduce some guidelines for applying DGL to risk-sensitive applications (e.g., AI drug discovery) to ensure GNN models behave in a trustworthy way. We hope our tutorial can offer a comprehensive review of recent advances in this area and also provide some useful suggestions to guide the developers to choose appropriate techniques for their applications.

In addition to this tutorial, we also provide assoiated survey papers and open source softwares made by our teams:

Junzhou Huang is an Associate Professor in the Computer Science and Engineering department at the University of Texas at Arlington. He received the B.E. degree from Huazhong University of Science and Technology, Wuhan, China, the M.S. degree from the Institute of Automation, Chinese Academy of Sciences, Beijing, China, and the Ph.D. degree in Computer Science at Rutgers, The State University of New Jersey. His major research interests include machine learning, computer vision and imaging informatics. He was selected as one of the 10 emerging leaders in multimedia and signal processing by the IBM T.J. Watson Research Center in 2010. His work won the MICCAI Young Scientist Award 2010, the FIMH Best Paper Award 2011, the MICCAI Young Scientist Award Finalist 2011, the STMI Best Paper Award 2012, the NIPS Best Reviewer Award 2013, the MICCAI Best Student Paper Award Finalist 2014 and the MICCAI Best Student Paper Award 2015.

Bingzhe Wu is currently a senior researcher at Tencent AI Lab. Prior to that, he received Ph.D degree from the computer science department of Peking University and BS degree from the mathematical science department of Peking University. His research interests include privacy-preserving machine learning and robust optimization. He received multiple awards in his career including the ACM SIGSAC China Outstanding Doctoral Dissertation Award, China Education Society of Electronic Outstanding Doctoral Dissertation Award, Beijing Outstanding Graduate Student, and Apple PhD Fellowship, etc. He has also published over 20 papers in peer-reviewed journals and conferences, including CVPR, NeurIPS, AAAI, IJCAI, ECCV, HPCA and ISCA.

Yatao Bian is a Senior researcher of Machine Learning Center in Tencent AI Lab. He received the Ph.D. degree from the Institute for Machine Learning at ETH Zurich and joined Tencent AI Lab in February 2020. He has been an associated Fellow of the Max Planck ETH Center for Learning Systems since June 2015. Before the Ph.D. program he obtained both of his M.Sc.Eng. and B.Sc.Eng. degrees from Shanghai Jiao Tong University. He is now working on graph neural networks, optimization for machine learning and applications such as structure-based drug discovery, 3D protein modelling and social network analysis. He has won the National Champion in AMD China Accelerated Computing Contest 2011-2012. He has published several papers on machine learning top conferences NeurIPS, ICML, ICLR, AISTATS etc. He has served as a reviewer for conferences like ICML, NeurIPS, AISTATS, CVPR, AAAI, STOC and journals such as JMLR.

Junchi Yu is a Ph.D. student at the Institute of Automation, Chinese Academy of Sciences, Beijing, China. He received the B.E. degree from the School of Electrical Engineering, Wuhan University, Wuhan, China. His main research interests include explainable graph neural networks, information theory, and graph generation. He has published several papers on machine learning top conferences/journals including ICLR, CVPR, IJCAI, IEEE T-PAMI, Pattern Recognition, etc. He has served as a reviewer for CVPR and Pattern Recognition etc.

Liang Chen received the bachelor's and Ph.D. degrees from Zhejiang University in 2009 and 2015, respectively. He is currently an associate professor with the School of Computer Science and Engineering, Sun Yat-Sen University, China. His research areas include data mining, graph neural networks, adversarial learning, and services computing. In the recent five years, he has published over 70 papers in several top conferences/journals, including SIGIR, KDD, ICDE, WWW, ICML, IJCAI, ICSOC, WSDM, TKDE, TSC, TOIT, and TII.

Chaochao Chen obtained his Ph.D. degree in computer science from Zhejiang University, China, in 2016, and he was a visiting scholar in University of Illinois at Urbana-Champaign, during 2014-2015. He is currently a Distinguished Research Fellow at Zhejiang University. Before that, he was a Staff Algorithm Engineer at Ant Group. His research mainly focuses on recommender system, privacy preserving machine learning, and graph machine learning. He has published more than 50 papers in peer reviewed journals and conferences, including NeurIPS, KDD, TheWebConf, ICDE, AAAI, and TKDE.

Hengtong Zhang received his Ph.D. degree from the Department of Computer Science and Engineering at SUNY Buffalo. He is a senior researcher at Tencent AI Lab. Before that, he received B.E. degree from the School of Computer at Beijing University of Posts and Telecommunications in 2013. He is broadly interested in data mining and machine learning security with a focus on adversarial learning, data trustworthy analysis, and reinforcement learning. 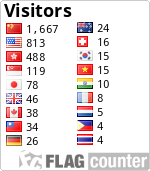